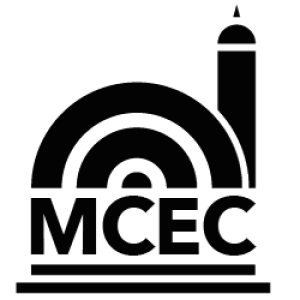 The Status of Knowledge

The status of “‘ilm” (knowledge), scholars and students in Islam is very high to the extent that teaching and learning are considered forms of worship and obedience to Allah. The significance of ‘ilm is rooted in many verses and ahadith.

Many Qur’anic verses praise the status of knowledge and scholars.

“Allah will Raise up, to (suitable) ranks (And degrees), those of you who believe, and those who have been granted knowledge” 3Qur’an, 58v. 11.

The first verse revealed was commanding the Prophet, who is the leader of this religion, to read

It is reported that the Prophet said:

“If anyone travels on a road in search of knowledge, Allah will cause him to travel on one of the roads of Paradise. The angels will lower their wings in their great pleasure with one who seeks knowledge, the inhabitants of the heavens and the Earth and the fish in the deep waters will ask forgiveness for the learned man. The superiority of the learned man over the devout is like that of the moon, on the night when it is full, over the rest of the stars. The learned are the heirs of the Prophets…”. 5Sunan Abu Dawud, http://www.muslimaccess.com/sunnah/hadeeth/abudawud/025.html, Book 25. Number: 3634.

It is also reported that the Prophet said:

“… and he who treads the path in search of knowledge, Allah would make that path easy, leading to Paradise for him …”.6Sahih Muslim, http://www.muslimaccess.com/sunnah/hadeeth/muslim/035.html, Book 035, Number 6518.

Consequently, knowledge and scholars occupy the highest in religious and social status. 7Shalaby, p.127 and p.162.

Many scholars devoted a chapter 8See for example; Malik in al-Muwatta’, al-Bukhuri, Muslim, in their collections, al-Nawawi in Riyad al-Salihin and many others. or even an entire book to refer to this high position. 9Ibn ‘Abd al-Barr, Ab­ ‘Umar Yusuf b. ‘Abd Allah, Jami‘ Bayan al-‘Ilm wa Fadlih, Damascus, Dar al-Fikr, (N.D).

In conclusion, ‘Ilm does not only apply to religious knowledge or a specific field, but it includes all beneficial studies for human beings. There is no indication that knowledge is limited to religious studies, but it generally includes any field of beneficial knowledge, science, and technology. 10Shalaby,p.53. Quraishi, Mansoor, Some Aspects of Muslim Education, Lahore, Universal Books, (1983).

It is reported that the Prophet said:

“When a man dies, his acts come to an end, but three, recurring charity, or knowledge (by which people) benefit, or a pious son who prays for him (for the deceased)”. 11Muslim, tr. Saddiqi. vol.III/A,p.83. Sahih Muslim, http://www.muslimaccess.com/sunnah/hadeeth/ muslim/013.html, Book 013, Number 4005.

Al-Nawawi interpreted this Hadith that after death the good deeds of the deceased person will terminate, and the hereafter rewards will not continue except for those three kinds of actions. One of these unceasing actions is the knowledge that can benefit others. This is because the deceased person is the producer of these results of beneficial knowledge or a righteous descendant and the benefit is for as long as that knowledge is used.

The Continuous Test of Life

We live in a world whereby we as Muslims and humans are always being tested. The various forms of tests differ for

Food Packs for the Vulnerable Inshaallah we will restart Jumaa prayers from 12th March 2021. The diversity in our community means we are taking a cautious approach